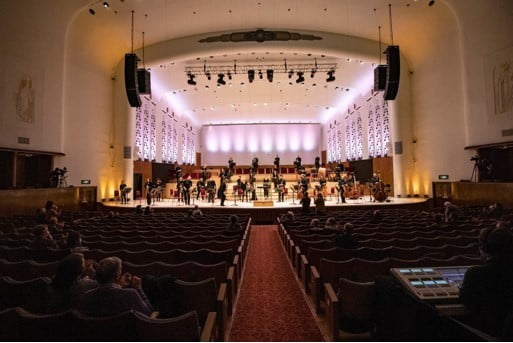 In what was clearly an emotional introduction from the stage, Royal Liverpool Philharmonic Chief Executive, Michael Eakin, welcomed the first audience back into Philharmonic Hall, after a hiatus of 200 days – possibly the longest period in their history that the orchestra have not performed live.

The 2020/21 season of concerts had been planned as a massive celebration to mark the final year of Vasily Petrenko’s 15 year tenure at the helm of the RLPO. There are still high hopes that full audiences will be able to return to the hall before the close of the season in July next year, but for now concerts are being re-planned on a month-by-month basis to enable social distancing. Audiences are limited to 240 people per performance and orchestras will be smaller than usual too, with a maximum of approximately 30 players on the stage.

Concerts will be filmed live and made available for viewing online, to enable those who can’t attend in person to enjoy them at home. Last week Petrenko recorded an opening concert without an audience, and this has already been launched online.

But tonight (Thursday) it is the turn of Thomas Jung to take up the baton for the first fully ‘live’ performance, and there is a strange air of almost mystical anticipation as the masked and widely spaced audience await the downbeat.

From the opening bars it becomes clear that the works have been chosen to make the best advantage of the artistic challenges of putting a reduced symphony orchestra on the stage. Mozart’s Divertimento in D for strings is played with ravishing richness of tone and immediately dispels any idea that the concert might feel thinned down.

Jung has replaced the originally scheduled conductor Joshua Weilerstein (who fell foul of international travel restrictions) and the programme is slightly amended as a result, with Arvo Part’s Fratres replacing works by Ives and Shaw. Fratres, originally a work for violin and piano, has been reworked by Part into numerous other instrumental arrangements. Here we hear the version for violin with strings and percussion, one of the larger ensembles it can be played by.

There is a sparseness in Part’s writing that matches the distanced feel of the physical experience, with the individual voices in the music weaving about each other sinuously but never touching. It is the very epitome of socially distanced music and makes rare beauty out of the dance of separated togetherness that we are all participating in. Despite the rarefied atmosphere of the music, there is a warm sonority to it, and the players could not have felt more close together. The work ends in a stunned stillness, and with the smaller audience in the hall the silence is almost deafening.

The final and largest work in the program is Beethoven’s 4th Symphony, and presented here with a full complement of players as the composer might have expected to see it. So often the individual lines and textures of this writing can become lost with the use of a modern symphony orchestra, submerged in richness. Here, we benefit from the intricate detail of every line and phrase. There is delicacy in the adagio and a refreshing airy lightness to the other three movements. There must be difficulties in having the musicians seated so far from one another and each at a single music stand, rather than being paired in desks, but there is little evidence of it here.

Throughout the performance is an overwhelming sense of how much it means for these players to be performing in their proper place and to an audience. In one sense there is a sadness that so few people can take part, but this is overwhelmed by the obvious joy of being able to enjoy live music together again.

The concert was filmed live and will be available to view online from 14th October as part of the RLPO Video on Demand series. Online tickets for this and the other concerts in the series cost £10 and each concert will be available for 30 days from the date of release.

The concert is repeated this Sunday, 4th October, and there are still some seats available for this and the remaining live performances throughout October.
Details for these and the online programme are available at www.liverpoolphil.com 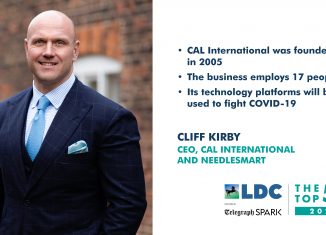 October 12, 2020
LIVERPOOL businessman Cliff Kirby, CEO Cal International and NeedlleSmart has been  named among UK’s most ambitious business leaders for 2020.Now in its third year,... 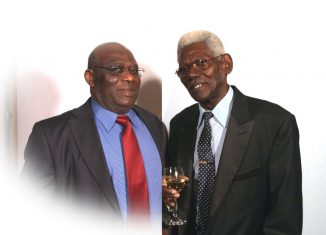 October 7, 2020
AS we mark Black History Month, Merseyside’s Police Commissioner is celebrating the work of two ‘trail-blazing’ Independent Custody Visitors, while encouraging others to join...