MERSEYRAIL has been shortlisted five times across four categories for the National Rail Awards 2018.The rail company, which in June was named one of the top three operators in the country in the National Rail Passenger Survey is now a finalist for the following awards:

o Passenger operator of the year

Merseyrail has two nominations in the Station of the Year (Large) category. Liverpool Central was named as one of the best stations in the UK earlier this year in a survey by independent watchdog,Transport Focus, while Liverpool South Parkway has recently managed a 350% increase in footfall as it transported all mainline passengers in to Liverpool city centre during the Lime Street upgrade project.

Merseyrail’s community involvement has also been recognised as it engaged local people to develop a garden at its Kirkdale station. Additionally, the operator has taken steps to be more environmentally friendly, which this year has included a roll out of smart LED lighting at its stations.

Merseyrail has already won two customer service awards for its handling of the 6 month loop line closure last year while tracks were replaced including ‘Best Collaboration of Marketing and Customer Service’ at the European Contact Centre and Customer Service Awards (ECCCSA’s) and Marketing Communications Person or Team of the Year’ at the Rail Staff Awards in 2017.

Andy Heath, Managing Director at Merseyrail said: “The National Rail Awards is a prestigious event and we are so pleased to be shortlisted in four categories. We always aim to deliver to a high standard for our passengers and the local community, and it’s great that our teams have been recognised for their efforts.”

The National Rail Awards will take place on 13 September 2018. 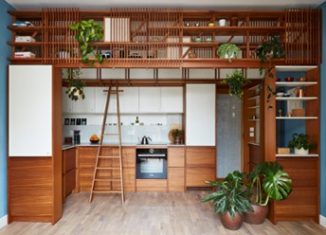