A massive crowd turned out to welcome the veterans and troops as they marched along Lime Street to the Cenotaph. This year those watching witnessed the participation Joey from the National Theatre’s production of War Horse, who joined the Service with the three actors who operate him and  Ben Murray (Song Man in War Horse), who sang ‘Only Remembered’ from the production along with the St Edward’s College Senior Choir. Roger Phillips read a dedication that was written by War Horse author, Michael Morpurgo, especially for today’s commemoration in Liverpool. 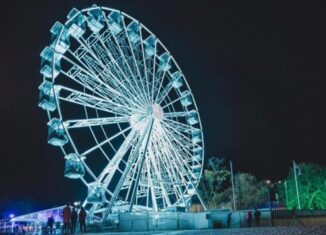 July 28, 2021
PLANS for a landmark 35 metre illuminated observation wheel next to Southport’s Marine Lake are set to bring more visitors to the town.The wheel,... 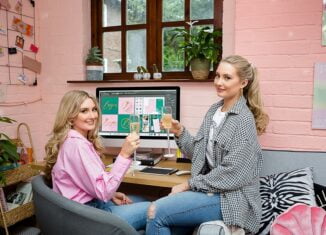 July 21, 2021
WHEN 26-year-old twin sisters Ellen and Alex Murphy began designing logos for friends and family ventures, little did they imagine that within two years...