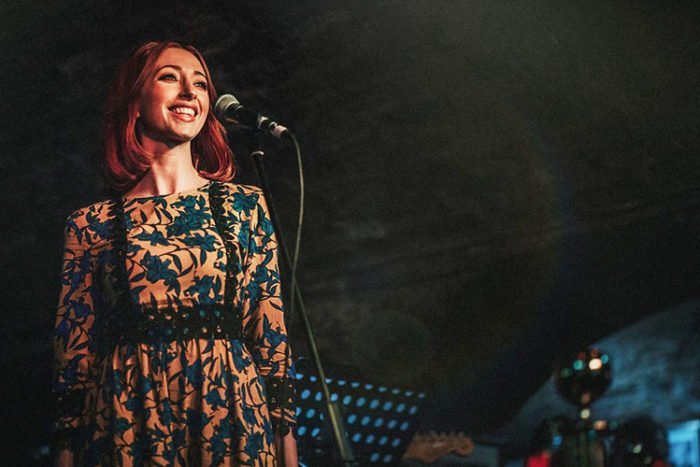 FOLLOWING weeks of open auditions at venues up and down the country – the producers of Cilla the Musical have found their star. Kara Lily Hayworth has fought off thousands of hopefuls to be named as the girl who will play Cilla in the first ever musical about the star’s life. Cilla – The Musical, is a musical adaptation of the critically acclaimed ITV mini-series based on the early life of Cilla Black, by BAFTA award winner, Jeff Pope (The Moorside, Philomena, From The Cradle To The Grave, Mrs Biggs). The world premiere of the new musical opens in Cilla’s hometown at the Liverpool Empire from Thursday 7th – 16th September before embarking on a nationwide tour. Kara queued for four hours at London’s Dominion Theatre to have her chance to audition in the first rounds. She made it through to the final 30 before being chosen to do her final audition at the Cavern Club. Robert Willis said, ‘We wanted somebody who wasn’t going to impersonate my mum but someone who could capture her spirit. Kara came in with her huge personality and amazing voice – when I saw the response of the audience at the Cavern, I knew we’d found her!” Originally from Watford, Kara trained at the Central School of Speech and Drama. She recently performed in Secret Cinema’s Moulin Rouge and this will be her first leading role in a big new musical…and her first time on tour! She said: “When I was 11 I was shopping out with my mum and bumped into Cilla and asked her for an autograph. I told her I wanted to be an actress – she laughed and said ‘It’s a tough industry, but if you really work hard and go for it, you’ll be just fine.’ She was a huge inspiration to me as a child; I grew up watching her on Blind Date every Saturday night with my Nan. To be chosen to play her is such an honour and I’m so excited to take on the role. To open in her hometown of Liverpool is so special and a real privilege.” The story follows the extraordinary life of the ordinary teenage girl from Liverpool, Priscilla White, and her rocky, yet incredible, rise to fame. By the age of just 25 she was recognized as international singing star Cilla Black. By the age of 30 she had become Britain’s favorite television entertainer headlining series’ of Blind Date, Surprise Surprise and many more. For full tour details visit cillathemusical.com Twitter: @CILLAMUSICAL
Tweet
Follow @GoodNewsLpool