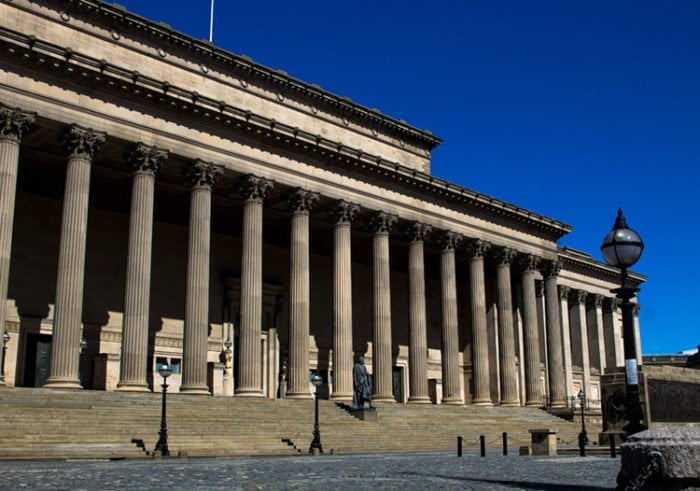 ST GEORGE’S Hall’s orchestra in residence, L’Orchestra dell’Arte, return on Sunday 23rd April with Scandinavian Resonances featuring violinist Ofer Falk. Taking place in the Concert Room, this new show features Falk presenting a collection of works from Scandinavian composers. Ofer was born in Israel and studied with the legendary pedagogue Ilona Feher in Tel-Aviv, then later with Professor Dora Schwarzberg in Vienna and is best known as the recent leader of the Allegri Quartet. He made his debut as soloist with the English Chamber Orchestra in February 2003 and has performed as soloist with most of the leading Israeli Orchestras and at the Bolshoi and Mali Theatres in Moscow. He frequently appears as guest leader of the English Chamber Orchestra and the Scottish Chamber Orchestra. His performances have been broadcast on radio and television including BBC Radio 3, German Radio-Berlin, Israeli Radio and Television, Russian State Radio and Television, and Canadian Radio. Ofer was founder member and leader of the Schidlof Quartet and the Falk Quartet, recording three CDs. He is a professor of violin and chamber music at Trinity College of Music and at the Guildhall School of Music and Drama. Performances during the concert will include that of Danish composer Peter Erasmus Lange-Műller as well as from composers from Sweden, Norway and Finland including Sibelius’ evocative tone poem Finlandia and his Suite, Karelia. Followed by Grieg’s contribution, the well- known Peer Gynt Suite. There may also be a couple of extra surprises from Estonia and Sweden! St George’s Hall manager Alan Smith said: “It is with great pleasure that we welcome back L’Orchestra dell’Arte. We continue our fantastic relationship with the orchestra through this unique concert and cannot wait to welcome our audience into the hall for this beautiful event.” For further information, visit www.stgeorgesliverpool.co.uk. PERFORMANCE DETAILS L’Orchestra dell’Arte – Scandinavian Resonances Sunday 23rdApril 2017 The Concert Room, St Georges Hall Entrance via North Hall (opposite Walker Art Gallery) Door Open: 2pm Concert Starts: 3pm Tickets: £13.75 (incl. administrative fee) plus £2.25 fulfilment fee per order Cash bar available BOOKING DETAILS Purchase in person at TicketQuarter, Echo Arena Liverpool, Kings Dock, Liverpool L3 4FP, online at www.ticketquarter.co.uk or on 0844 800 0410.
Tweet
Follow @GoodNewsLpool