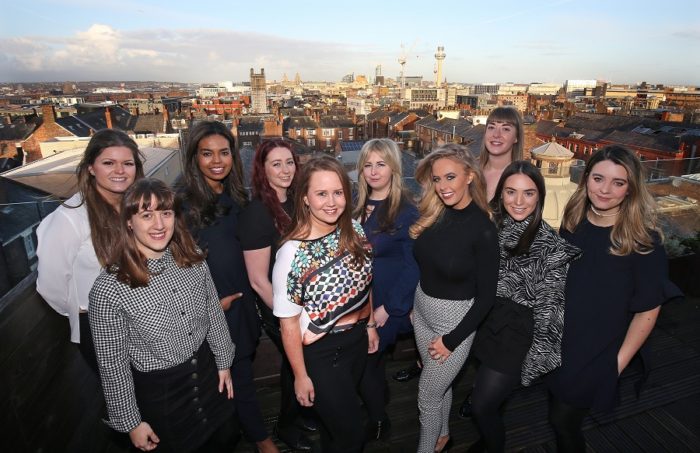 A NORTH West networking group has been established with aims to empower, inspire and support young women from the ages of 18-30 from across the region. The aptly-named Future Boss Club, which was created by young females for young females, has been set up to support the next generation of future leaders whilst encouraging them to build relationships with like-minded women. By meeting regularly at a range of events and seminars, the members-only network will provide ongoing support, advice and training to its affiliates. Chair of Future Boss Club Rebecca Keegan said: “Future Boss Club was established by a diverse cohort of 11 female professionals who agreed that the North West’s business scene was in need of a shake-up to make our professional landscape the best it can be for young women. “The aim of the network was to create a concept that could really support our future leaders both professionally and personally. Not only do we want to encourage females within the business community to make lasting affiliations with one another for their employment endeavours, we hope to provide a strong support network that tackles issues head-on including body confidence, assertiveness and conflict resolution to name just a few. As a member, our affiliates can also gain access to exclusive online content and continuous support from board members.” Following its inception, Future Boss Club is set to host a range of events and seminars across the North West in the coming months and has recently unveiled its new website (www.futurebossclub.co.uk) to showcase the range of membership benefits and options available to both individuals and businesses alongside its calendar of events. Rebecca added: “During the past few months, the board has held a number of meetings in a bid to create a concept that was attractive to the both younger generation of females in business alongside key decision makers who are keen to empower their female team members aged 18-30.” To find out more about Future Boss Club or to become a member visit www.futurebossclub.co.uk or email info@futurebc.co.uk
Tweet
Follow @GoodNewsLpool

April 14, 2021
GB Olympic medallist Beth Tweddle is set to launch an industry-leading gymnastics programme at Childwall Academy– just four miles from where her career as...