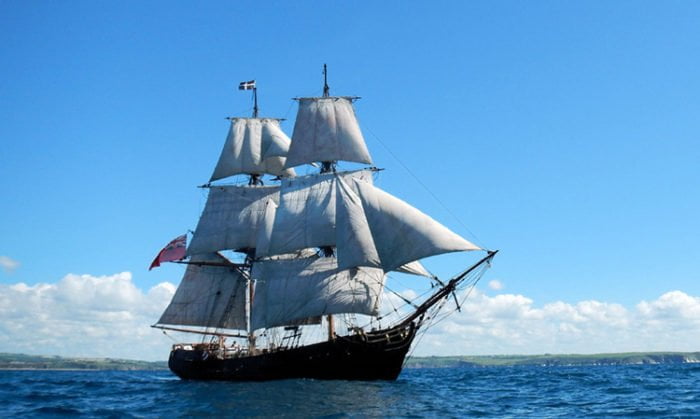 TALL ship Phoenix – made famous for her appearance in the hit BBC TV show, Poldark – is sailing to Albert Dock Liverpool to take part in this year’s free, family swashbuckling spectacular, Pirate Festival on the Dock (September 10-11), giving visitors the chance to get up, close and personal with this true star of the silver screen. The beautiful, two-mast Brig, who has also appeared in the likes of Doctor Who, Outlander, and Taboo, starring Tom Hardy, will form the centerpiece of a dramatic live pirate battle under sail in the centre of Albert Dock, that will include Tall ship Glaciere, ear-piercing cannon-fire, and a cast of crew, actors and stuntmen, some who have worked on Game of Thrones, Pirates of the Caribbean, and the Harry Potter movies. The thrilling action will be interwoven with local folklore and the fascinating heritage of the Liverpool privateers who once plundered the seven seas. Part of the Albert Dock Liverpool 175 strategy, Pirate Festival on the Dock will also feature theatrical swordfights, captivating storytelling, the new Pirates and Mermaid Parade, and a talent show hosted by icon of children’s TV, Dave Benson Phillips, of Get Your Own Back fame! Clare Rawlinson, marketing manager, said: “It’s all hands on deck as we prepare to welcome the beautiful Tall ship Phoenix for this year’s explosive Pirate Festival on the Dock. To have such an iconic ship take part in the event is a real coup and it will be a visual treat to see her in the centre of Albert Dock. It’s definitely a moment not-to-be-missed! “We promise visitors two days of storytelling, stunts, and fun and games with the one and only Dave Benson Phillips. And we want to see as many people as possible dressed in their best pirate and mermaid costume for the parade.” Pirate Festival on the Dock programme highlights:- Groups wanting to take part in the parade need to contact programming@fitthebill.com. Individuals can simply join in on the day. For more information on upcoming events at Albert Dock, visit the Albert Dock website  or Twitter – @theAlbertDock #PirateDock16
Tweet
Follow @GoodNewsLpool