PANAM Restaurant and Bar celebrated its 15th birthday on Albert Dock on Thursday (7th July). The bar and restaurant unveiled a new look to celebrate with an exclusive party for guests from across Liverpool. The night was filled with food, drink and entertainment, including a live band and DJ set.Stars from the stage and screen helped celebrate PANAM’s 15th birthday including former X Factor and Brookside star Ray Quinn, Brookside and Benidorm star Ryan Phillip Olivier and Magaluf and Ibiza Weekender star Imogen Townley.PANAM, situated in the heart of Albert Dock, is one of the longest running bar and restaurant tenants since the Dock’s revival in 1988.Over the past 15 years, PANAM has witnessed some of Albert Dock’s most memorable events, from HRH The Queen and Prince Phillip’s arrival on the famous Yellow Duckmarine in 2012, to the hilarious antics of Keith Lemon presenting the weather on This Morning’s iconic weather map.The building PANAM calls home was the original This Morning studio where Richard and Judy presented from 1988 to 1996. In 2013, This Morning hosted its 25th Anniversary special on Albert Dock, broadcasting live from the city for one day only.PANAM’s 15-year legacy has been glittered with historic events and glamorous partying. With space for up to 1000 people, the venue is one of the most sought after party venues playing host to several high profile after parties including the 2008 MTV Europe Music Awards, Sports Personality of the Year Awards and the MOBO Awards.Kenny Watson, Operations Director at PANAM commented: “Albert Dock’s been our home for 15 years, and we have established ourselves as one of its most well-known venues across Liverpool. We pride ourselves on the quality of food and drink we provide for customers, creating a vibrant atmosphere with a Pan-American twist.”Clare Rawlinson, Marketing Manager at Albert Dock commented: “PANAM has become a well-known and established part of Albert Dock over the past 15 years. The bar and restaurant has brought a vibrant atmosphere to the Dock and we wish all the team a very happy 15th anniversary.”
Tweet
Follow @GoodNewsLpool 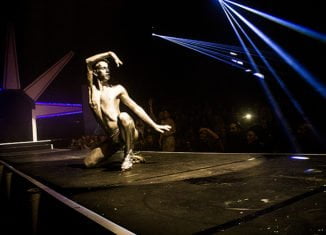 June 23, 2021
HOUSE of Suarez’s legendary annual Vogue Ball is returning to Liverpool this autumn and will be inspired by treasures from around the globe, taking... 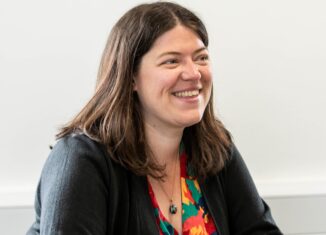 May 15, 2021
I am incredibly proud to be writing to you as I start my new role as Merseyside’s new Police and Crime Commissioner (PCC) following...