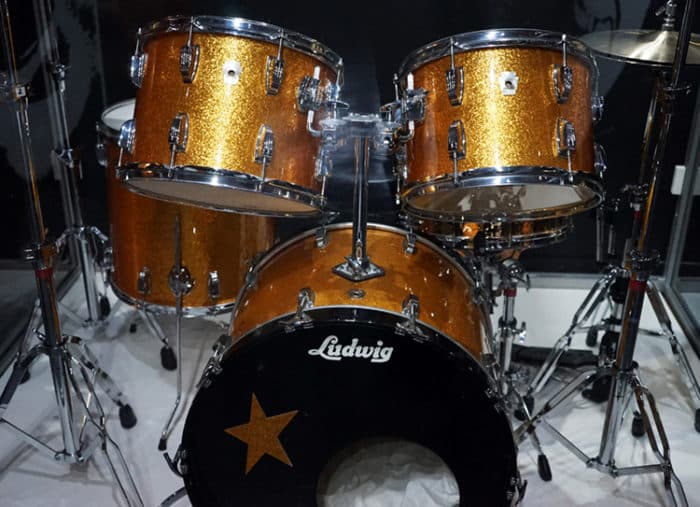 AN ICONIC drum kit, used by Ringo Starr, is set to go on display at The Beatles Story, Liverpool.  The specially designed Ludwig gold sparkle drum kit, which recently sold for $64,000 at auction, was used by Ringo during the ‘Concert for George’ in November 2002.The one-off music event at the Royal Albert Hall was a celebration of the life of George Harrison.Organised by George’s widow, Olivia, and son, Dhani, the emotional occasion saw Ringo reunite with former bandmate Sir Paul McCartney. The pair teamed up with fellow musicians Eric Clapton, Tom Petty, Billy Preston, Jeff Lynne and Klaus Voormann.Ringo was part of the ‘super group’ of artists that performed George Harrison penned Beatles songs “For You Blue”, “Something” and “While My Guitar Gently Weeps”, in addition to his solo track “All Things Must Pass”.This year marks 15 years since George passed away from lung cancer. Proceeds from the auction, set up by Ringo and his wife Barbara, went to their own charity The Lotus Foundation.The drums will be on display at the Beatles Story exhibition in the Albert Dock for the next three years.Martin King, from the Beatles Story, said: “The drum kit is a truly unique item, filled with poignancy, and it is wonderful to see it on display here at The Beatles Story.“The drum kit will be available to view until 2019 and it joins incredible list of artefacts from Ringo’s bandmates solo years, including the last piano John Lennon played and the guitar George Harrison used in their last performance at the Cavern.“These drums are one of the many new items set to go on display this year, as we continue to evolve our collection for Beatles fans new and old.”Aspiring drummers can try their hand at becoming the next Ringo by experiencing the interactive drum lesson at the Pier Head exhibition. The Beatles legend himself gives a step by step guide on how to play the drums.In May, intimate photographs taken by Pattie Boyd will go on display exclusively at the Beatles Story. Her “George, Eric and Me” collection will be open to the public from May 6th and remain until autumn 2016.
Tweet
Follow @GoodNewsLpool 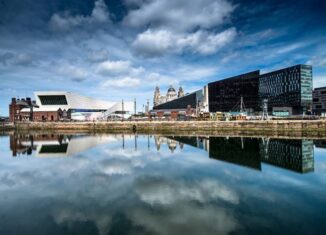