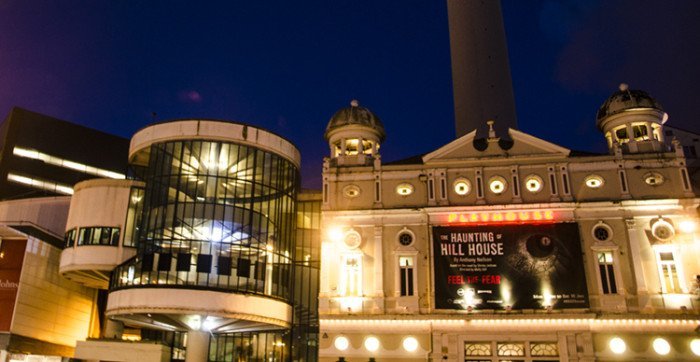 A NEW chamber opera, Pleasure, a family tragedy played out against the backdrop of a gay nightclub will be staged for one night only at the Playhouse on Wednesday 4 May. Created by Liverpool-born composer Mark Simpson, it is produced by Opera North, The Royal Opera and Aldeburgh Music. It will be performed by a cast of four singers including soprano Lesley Garrett. The opera tells the story of Val (Garrett), who works as an attendant in the toilets in ‘Pleasure,’ a hedonistic gay club in the north of England, presided over by the drag queen Anna Fewmore. For years, Val has been both a shoulder to cry on and a confidante. She is adored by the club’s clientele, yet she remains an enigma. Why is she still there? Why does she never leave? When Nathan, a beautiful and unpredictable young man, arrives in Pleasure and leaves a gift for Val, it marks the beginning of an emotional and violent night. Mark Simpson, composer of Pleasure, said: “I was talking to an elderly woman who worked cleaning the toilets in a club in Liverpool about life and its ups and downs. I started to imagine other people doing the same thing, and the possibility that she knew much more than she was letting on. I was also intrigued about the reason why she stayed there. It was obvious that it meant a lot to her and wasn’t just a job. “I saw huge potential in writing a story that was dark, mysterious, raw, emotionally powerful, but at times playful. I knew that if we had brilliant, larger than life characters, with a great story, set in the madness of a gay nightclub, we could have the ingredients for something that could be successful on the stage. And I also wanted to see some gritty working-class characters in opera!” Soprano Lesley Garrett comments: “I was thrilled to hear that Mark had an idea for a new piece with a powerfully emotional older central character. The fact that she’s a toilet attendant came as a bit of a shock, but now I’ve got to know her the role of Val is a real gift. There’s so much depth of feeling in her – she’s experienced great suffering, but she’s a source of immense comfort and joy.” One of the UK’s most exciting young musical talents, Mark Simpson was born in Liverpool in 1988. A brilliant clarinettist, he is the only person to have won both BBC Young Musician of the Year and BBC Young Composer of the Year in the same year (2006). He is Composer in Association with the BBC Philharmonic.  This May also sees the release of his debut disc for NMC, Night Music, a collection of chamber music pieces recorded by the musicians and ensembles for whom they were originally written. Lesley Garrett, CBE, is Britain’s most popular soprano, regularly appearing in opera, in concert, on television and on CD. Pleasure marks her return to Opera North following critical acclaim for her revelatory performance in Poulenc’s La Voix Humaine in 2013. Pleasure will be performed by a cast of four singers including Lesley Garrett as Val, alongside the Manchester-based music ensemble Psappha, conducted by Nicholas Kok. The cast is completed by baritone Timothy Nelson as Nathan, tenor Nick Pritchard as Matthew, and baritone Steven Page as Anna Fewmore. Tim Albery directs, with set and costume designs by Leslie Travers; a creative pairing whose previous work together has included Aldeburgh Music’s open-air centenary staging of Grimes on the Beach in 2013.
Tweet
Follow @GoodNewsLpool