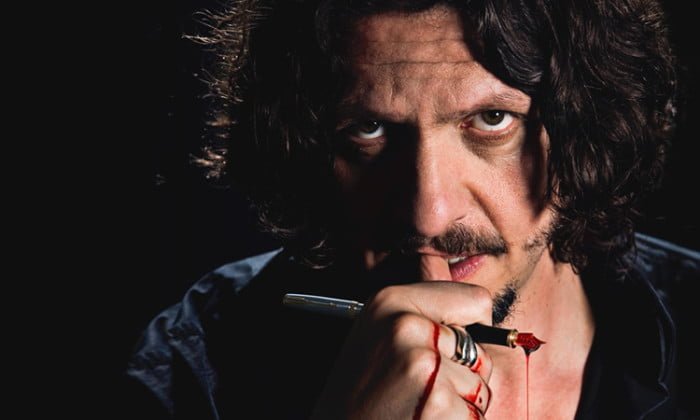 IF there’s one thing Jay Rayner has learnt, it’s that people love bad reviews of restaurants. They adore them, feast upon them like starving vultures that have spotted fly-blown carrion out in the bush. A restaurant critic for over a decade, Rayner will be visiting St George’s Hall Concert Room on Wednesday 9 March 2016 with his new show Jay Rayner – My Dining Hell. In his new show, Jay examines our love affair with lousy reviews, reads from accounts of some of the most excruciating nights out he’s ever had, and looks at the worst reviews his own work has ever received. Jay Rayner is an award-winning journalist, writer and broadcaster. He has been the Observer newspaper’s restaurant critic for over 12 years, is the resident food expert on the One Show, a regular judge on Masterchef and chair of BBC Radio 4’s Kitchen Cabinet. The show promises to be a hugely entertaining night in the company of the man recently voted the best food and drink journalist in Britain, and will include a book signing after the show with the man himself. Alan Smith, General Manager at St George’s Hall, said: “It is fantastic for St George’s Hall to have Jay Rayner be the first catering critic or chef to appear in the new programme for the Concert room.  With the trend to watch catering programmes on television, and the great love people have for dining out, it’s excellent to have Jay Rainer’s critics eye and his wealth of stories available for people to hear. To have the best food critic at the hall will be a feast for everyone who attends.” Perfect for all the family; join Jay for a night full of laughs, shocking reviews, and a fine collection of flowery shirts. For further information, please visit www.stgeorgesliverpool.co.uk. PERFORMANCE DETAILS Jay Rayner: My Dining Hell The Concert Room St George’s Hall Liverpool Wed 9 March 2016, 7.30pm Tickets: £19 (+ booking fees) Tickets available at www.ticketquarter.co.uk or from the box office: TicketQuarter, Queen Square, Liverpool, Merseyside L1 1RG Telephone: 0844 800 0410
Tweet
Follow @GoodNewsLpool 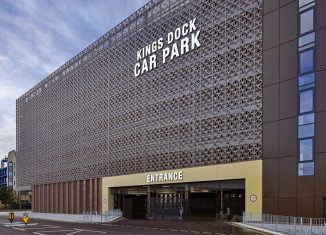 November 25, 2020
THE opening of the Kings Dock multi-storey car park in Liverpool, built to replace the one destroyed in a fire on New Year's Eve...

The story of Liverpool through its trees

Bootle community group in glean up and clean up mission