Joseph Williams Mews is Riverside’s newest retirement living development for over 55s in Belle Vale, located directly opposite the area’s main shopping complex. The scheme consists of 56 affordable rent apartments as well as 12 apartments and two bungalows available to buy on a shared ownership basis.

Sir Paul McCartney attended Joseph Williams School from 1949 to 1953. The school was closed in 1997 and the site on Naylorsfield Drive was cleared for Riverside’s new retirement living housing built in line with the Lee Valley Green Space Strategy.

Maureen Pringle, Riverside Regional Operations Manager, said: “Joseph Williams Mews offers a range of housing options and additional levels of support for couples and single people over 55. The scheme is modern and inviting with a staffed reception area, hairdressers and beauty salon, laundry facilities and a community café themed around the history of Liverpool with a pictorial timeline of historic events dating back to the Belle Vale Prefab Project until the present day.”

The £9.4 million 70-home project was developed by Riverside in partnership with Liverpool City Council and contractors Lovell, design agency DK Architects, and landscape planners Planit-IE, following the increased demand for housing for older people in the Lee Valley area

Mayor of Liverpool, Joe Anderson, said: “Joseph Williams Mews means local people can look forward to retiring in their own community surrounded by their friends and family. The modern development has transformed the area not only for the people that live there but the wider Belle Vale community with a number of facilities also open to the public too. The investment in housing for over 55s comes at a vital time and I’m delighted to have opened the stunning development.”

Mr and Mrs Moore were some of the first people to move into their purpose-built home at Joseph Williams Mews. They said: “Joseph Williams Mews really brings you out of your home, you have company all the time, and we’re really over the moon living here.”

Nigel Yates, Regional Director for housing developer Lovell, said: “It’s great to see people moving in and enjoying life in this modern new development which we are delighted to have helped create through our continuing partnership with Riverside. As a locally based company, we’re also very proud to have built what is an impressive facility for retirement living, providing high-quality housing, designed and constructed to the most exacting standards, for people in the Lee Valley area.”

As part of the day, Mayor Joe Anderson toured the development after he officially cut the ribbon declaring the scheme open. Guests had lunch at Joseph Williams Mews’ soon-to-be-launched café which will officially be open to the Belle Vale community later this month. 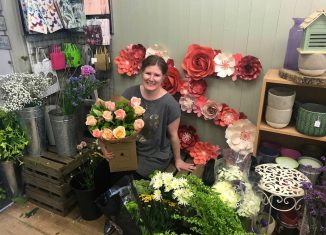 July 13, 2020
IN September 2019 three Supported Interns from Abbots Lea School, which is a school for children aged 3 -19 with Autism, started their internship...